Digital Next is proud to be supporting the Greater Manchester Youth Network, having hosted a fantastic business cricket tournament on July 26th. Companies from across Cheshire were encouraged to enter teams in this one of a kind competition, with the money raised going to an incredible local charity which helps young people in the region. 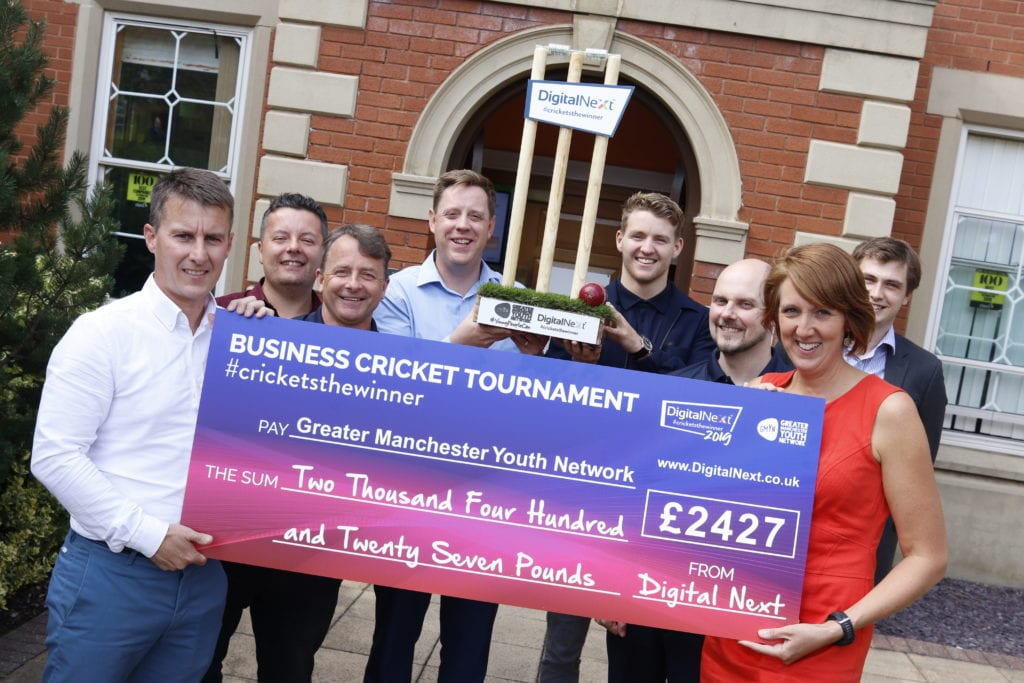 Why the Greater Manchester Youth Network?

This fantastic charity was chosen for all sorts of reasons. The Greater Manchester Youth Network’s vision is #YoungPeopleCan and they help young people, regardless of background, to transition into adulthood with essential life and employability skills, a sense of belonging in society and a positive wellbeing. Every year their team of highly trained youth workers give support to around 750 young people, with a key focus on young people with experience of care, contributing a huge amount to our local area and helping to transform lives.

We chose this progressive organisation because the young people they help are the workforce of tomorrow, which seemed particularly fitting given Cheshire businesses were entering our cricket competition. We all know there are shortfalls in services supporting young people, particularly when it comes to mental health provision and getting them into employment. By helping to plug that gap, the Greater Manchester Youth Network is providing an invaluable service to hundreds of people.

The tournament was held at the beautiful Lindow Cricket Club, kicking off at 1 o’clock, with the trophy awarded to the winners at around 6.00pm. Teams came from across the region to compete and the list featured some well-known local names;

Friends and family were also invited to cheer on their teams, as an afternoon of sporting fun got underway. In addition to the cricket, there was also a DJ and music, food and drink stalls, and a health and wellbeing zone for guests to enjoy. With so much going on, the event was incredibly well attended and much enjoyed by all those who came along.

This has been an exciting summer for cricket all round, as England won the World Cup and the Ashes is now well underway. As you would expect, the competition was fierce (and friendly!) but the team who came out on top were from Chess ICT, a technology solutions company based in Alderley Edge. They played fair but hard in a close-run final, eventually proving too strong for their opponents, Ergolife. 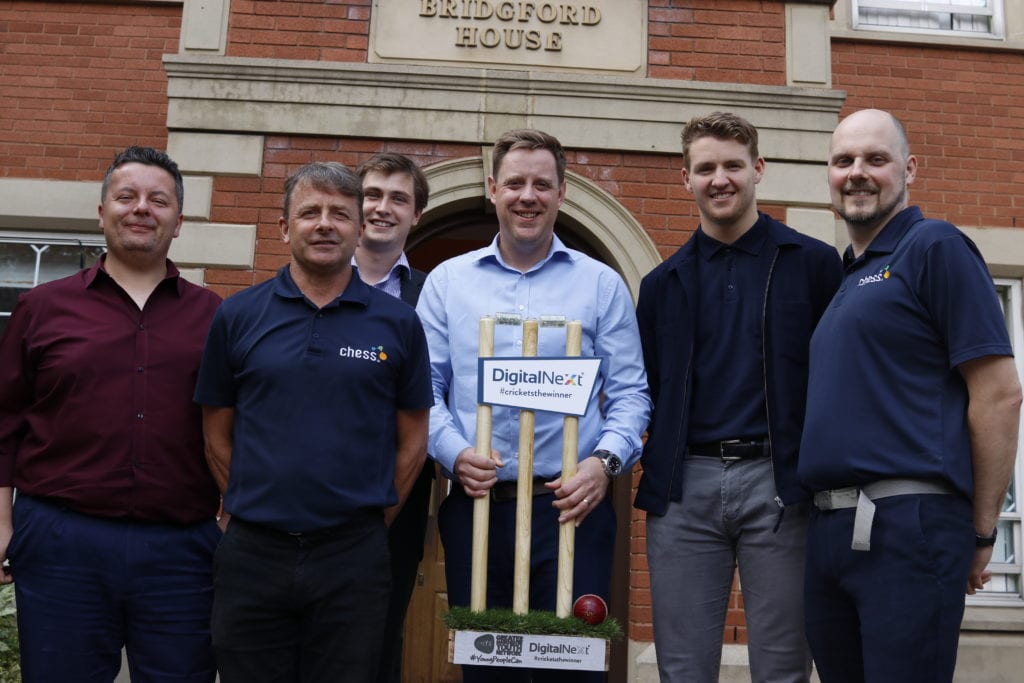 Ultimately, however, there were winners all round. This was a great chance to get people out of the office, taking time away from their desks to not only enjoy some exercise but to make a positive contribution to our region. It was also a great networking opportunity, with companies from far and wide getting to meet one another and learn more about how they could help each other out. It was an ideal setting for showcasing their businesses and their work, helping generate interest whilst making a difference.

Overall this incredible event managed to raise almost £2,500. ALL that money will be donated to the Greater Manchester Youth Network, to help them carry on doing the incredible work they do. Given its success this year, we will almost certainly be hosting a similar event next year and can hopefully raise even more for our local charity of choice. 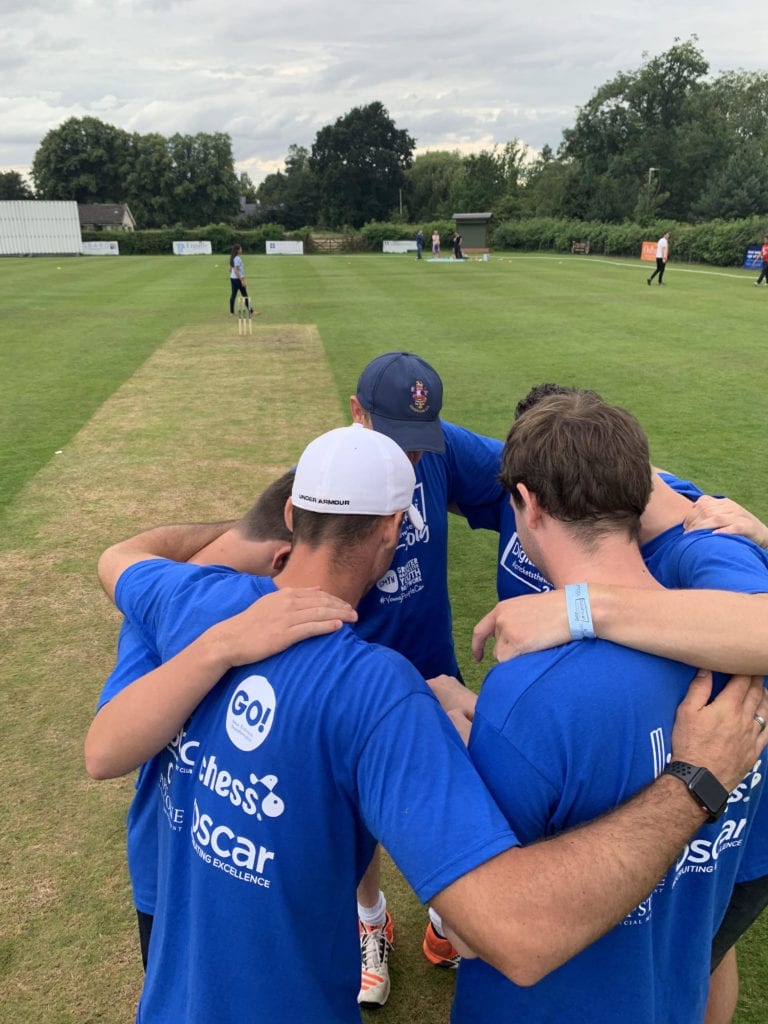 Finally, we would like to thank all the teams who entered the competition and contributed towards the funds we raised. Sport is something which can really unite people, win or lose, and that was evident in a fantastic and fun-filled afternoon. Thanks too to all those who turned out to watch and cheer on their teams, and for the donations they made towards the Greater Manchester Youth Network.

We would also like to thank all those who gave their time to volunteer to man the other attractions and laying on the catering. There was a strong community feel to the event, largely thanks to the hard work and dedication of those who lent a hand.

The money we raised is going to make a huge difference to hundreds of lives. On behalf of everyone at Digital Next, thanks again for your support and see you next year!