Digital Next Win FSB Business of the Year

At the beginning of Digital Next’s success in 2010, we joined the FSB (Federation of Small Businesses), meaning we had access to a range of services and resources that could help us push forward. The benefits of being an FSB member meant that we could gain advice on a number of aspects of being a small business.

The FSB created regional awards, with the Manchester & North Cheshire awards recognising the role that small businesses play in the northern economy. Raising the profile of successful companies and celebrating businesses at the top of their game, the FSB awards are judged on strategy, research, execution and creativity to name just a few factors.

This year, the Manchester & North Cheshire Awards were held on 30th November at the Hilton in Manchester city centre, featuring an appearance by the Mayor of Manchester, Andy Burnham.

Digital Next were shortlisted for 6 different awards, including Family Business of the Year and the Training & Development Award.

Excited to be involved, it was the first time we had entered the awards and we faced a judging panel of highly respectable business people. We’re pleased to announce that we won Business of the Year (10-50 employees), the most prestigious award that we were shortlisted for.

As we have experienced substantial growth over the last few years, this award is a credit to our amazing team and the work they do for our extensive list of clients. 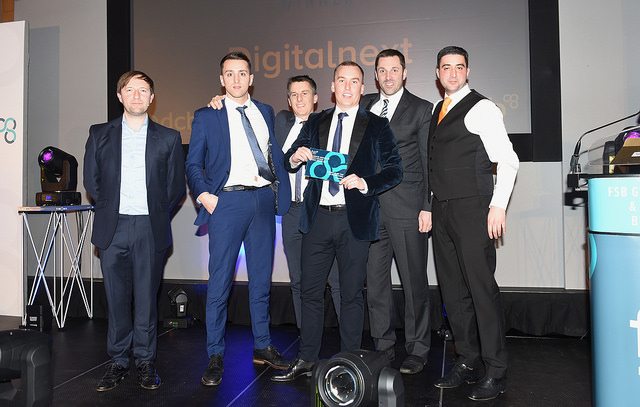 This year alone we have worked with companies including Aqua Blue Sport, Top Furniture and Daniella Draper, as well as helping small businesses both in Manchester and further afield. We’ve also been awarded Google Premier Partner status.

A huge thank you goes to Robert Downes, Development Manager at FSB, as well as Don’t Panic who organised the awards evening. It was a brilliant awards night, and it was incredibly humbling to be a winner on the night. It was also great to see other local companies also win awards, and the evening also gave us the chance to pass on some of our knowledge to smaller, startup businesses on the night.

We aim to continue our association with the FSB, and remain a driving force in the North West as the years go on! 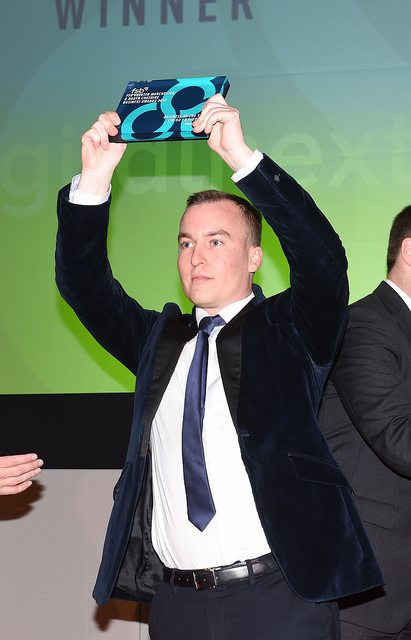 (Photo credit: Don’t Panic & Joe Gardner Photography) Go Back to the Blog
More Posts like this..