The likes of Bitcoin and cryptocurrency have dominated the headlines recently as more people begin to gain interest in the market. Estimates suggest that more than 3 million people are now actively using cryptocurrency systems including Bitcoin, Ripple and Ethereum. Whether you understand it or not, it’s an exciting development in technology and the industry has begun to gradually change the financial landscape.

Critics of cryptocurrencies may dismiss the market as volatile, but it’s clear that the impact of blockchain technology and cryptocurrency has the potential to transform our financial options.

On Friday 2nd February, BusinessCloud hosted a cryptocurrency webinar, inviting a panel of experts, investors and authorities in blockchain technology. The aim was to discuss the growth of the market, and what direction it’s heading in. Speakers included Scott Fletcher, founder of ANS and tech investor; Gavin Brown, director of regulation and finance at Blockchain Capital; our very own Mark Blackhurst, COO of Digital Next and Louise Broderick, global blockchain driver at PwC to name a few. 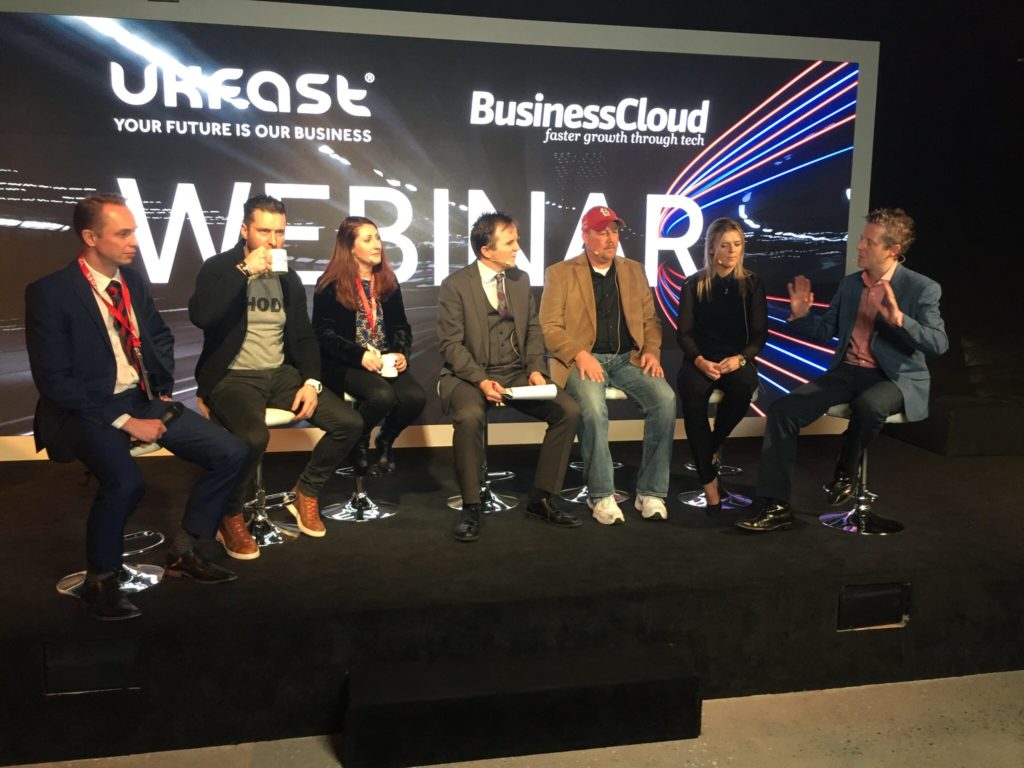 Also attending was Ben Semchee, also known as Bitcoin Ben. The team here at Digital Next flew Ben over from Missouri to speak at the event and offer his expertise.

What we learnt at the event

Bitcoin Ben has predicted that the majority of the world will soon be using virtual currencies, like cryptocurrency, to make everyday purchases. A self-taught expert, he claimed ‘Within four or five years, cryptocurrencies will probably have at least half of the global exchange of value’. Building up knowledge by listening to podcasts on long-distance truck journeys, Ben explained that while blockchain technology is complex, so are the inner workings of our current banking system; neither are widely understood. 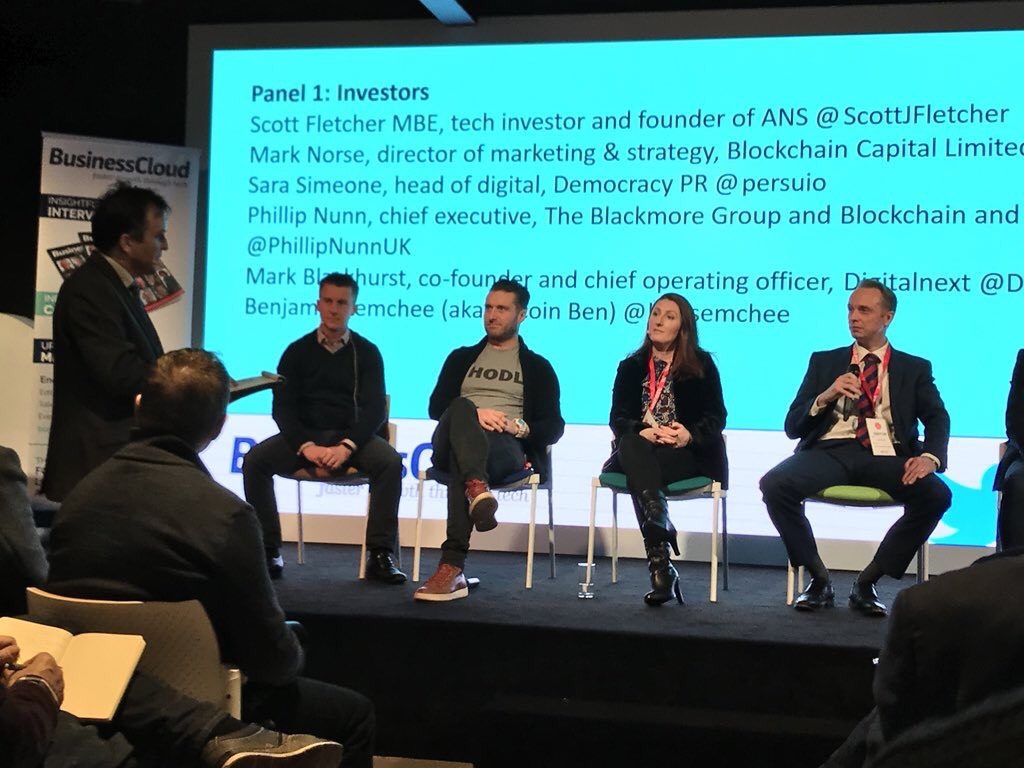 Scott Fletcher highlighted that investing in cryptocurrency isn’t for the faint-hearted, as everyone is a target for hackers in some way, but this shouldn’t deter you. Louise Broderick from PwC suggested that blockchain technology has the ability to give everyone an identity that can be used for authentication and security, as well as using it to apply for jobs and take part of background checks. It seems the range of blockchain technology can go far beyond virtual currency.

It was one of the most thought-provoking events that we’ve attended in a long time, with visitors coming from all over the world to learn more about cryptocurrency and what to expect in the coming months. 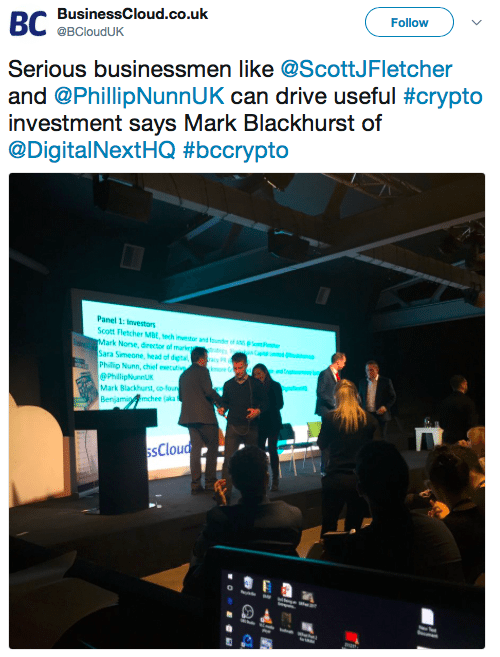 Digital Next and Bitcoin Ben

Our new-found partnership with Bitcoin Ben has allowed us to understand the cryptocurrency industry more ourselves, as we spent time with him in the UK and even took him to a Manchester United game!

The audience at BusinessCloud’s event found him incredibly knowledgeable, with one referring to him as the ‘Wikipedia for cryptocurrency’. 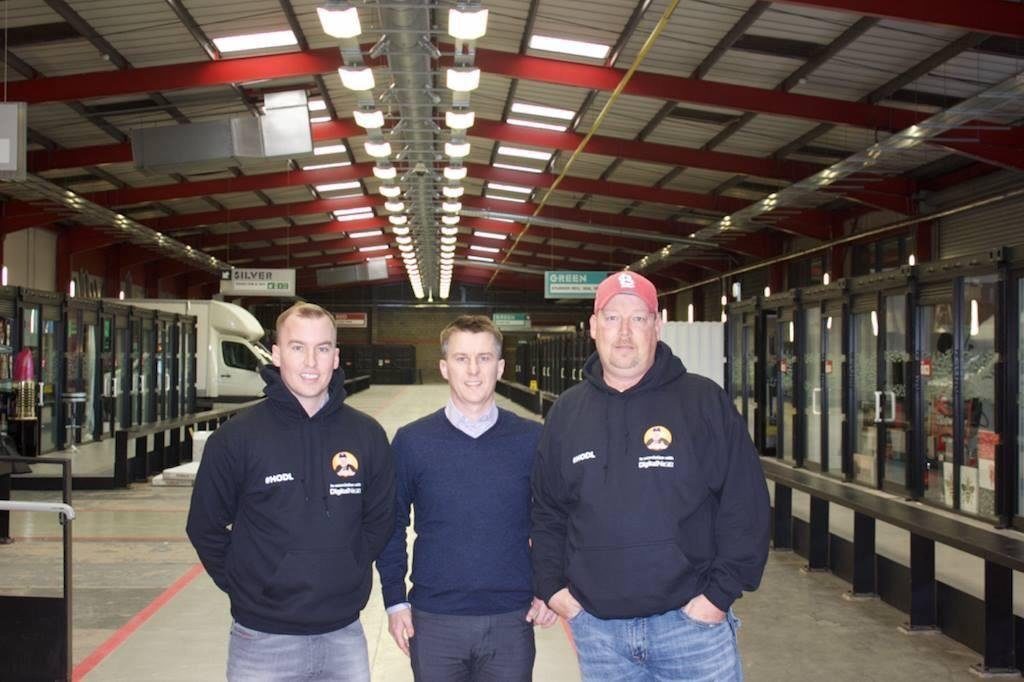 Due to his success here in the UK over the last week and the expertise he’s shared with those fascinated in the industry, we’re hoping to introduce him to our Melbourne office in Australia and attend some more events. If you know of any events or conferences in the Melbourne area that are of relevance to Bitcoin Ben or the digital world, please get in touch!